↓
Home→Insight→10 Ways on How to Deal with Trading Losses

10 Ways on How to Deal with Trading Losses 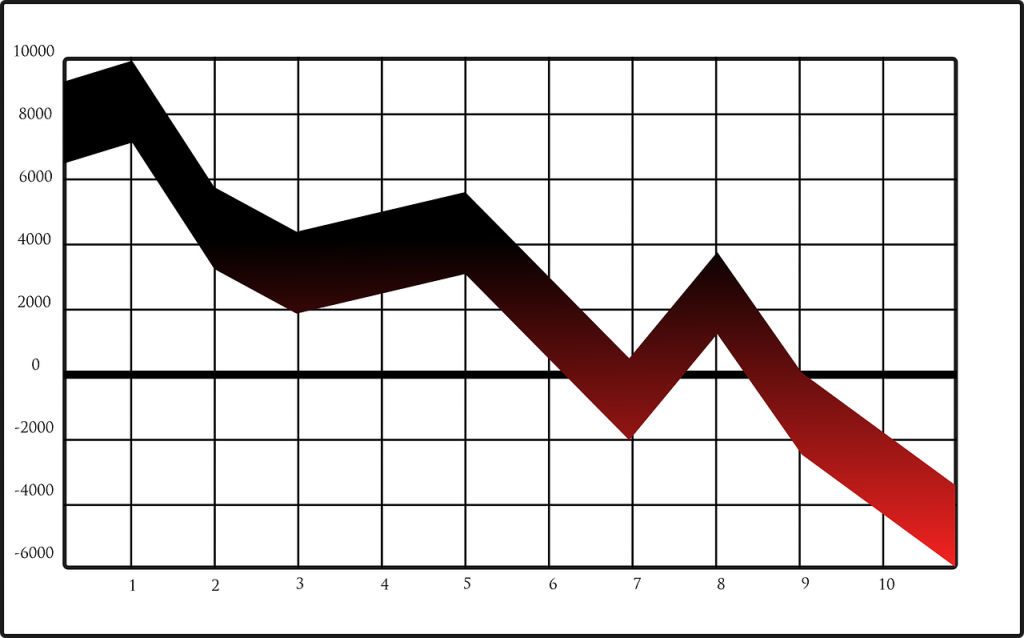 Virtually every one of you who starts trading or investing in the financial markets have witnessed someone who has lost big in the markets, either on TV or in real life.  And yet, you all begin the endeavor assuming such misfortunes are not going to happen to yourself.  I opened my first investment account in the beginning of 2008 and little did I know that within a year, I’d learn a very unpleasant lesson about trading losses that I’ll likely remember for the rest of my life.  On the other hand, if you’re reading this and you haven’t started trading yet, then chances are, the market climate is at least somewhat more favorable than 2008 but don’t let that get your guard down either.  Plenty of people have lost their fortunes in good markets as well, so it’s prudent to both manage your risk so you don’t lose big in the first place AND be psychologically prepared in case you do lose money.

Part 1: Before You Trade

Virtually no investment rises in a steady and stable upward trajectory.  It’s very likely that the stock you buy will dip below your entry price later the same day or even in the next few days even in the best case scenario.  We live in a world of uncertainty these days and no vehicle seems like a safe bet anymore.  Banks continue to fail, whether in good times or bad.  Even the money you put under your mattress loses purchasing power to a tune of 3% a year on average due to inflation.

#2: Don’t play with money you can’t afford to lose

You may have been told by financial advisors that you need to determine your risk tolerance before you invest and for good reason.  While sustaining losses from time to time is something that’s inevitable if you participate in the financial markets, choosing how much to risk is something entirely within your control.  And it’s always easier to set yourself up so you won’t lose a large sum of money than to lose money you need for something in the future and have to desperately come up with some way to make it back.  By determining how much you’re willing to lose right from the start, putting it in a solid plan, and having risk management tools including stop losses, put options, etc, you won’t have to endure countless sleepless nights while your money is on the line.

#3: Have a plan that includes an exit strategy

At the very least, a trading plan needs to include 2 conditions: a “Winning” condition and a “Losing” condition, both of which constitute your exit strategy.  If you meet the Losing condition, you exit the trade immediately (and cut your losses.)  If you meet the Winning condition, you exit the trade immediately as well (and lock in your profits.)  For example, suppose you buy a stock at $32 a share and you decide on the “Winning” condition to be $40/share and the “Losing” condition to be $30/share.  As long as the stock is between $30 and $40, you monitor the stock at predetermined time intervals and get ready to pull the trigger if either exit condition is met.

#4: Never second guess your exit strategy: once the criteria is met, you’re OUT.

It’s much easier to think with a clear head before you’ve entered a trade than when you’re in it.  Put your trading plan on a sheet of paper and keep it in front of your trading computer at all times to remind you of the rational thought you’ve put into the trade, especially when things start heating up.  When you start feeling greedy as the stock gets near your “Winning” condition or you start feeling hopeful as the stock gets near your “Losing” condition, STOP and remind yourself of your trading plan again!

#5: Reflect! What did you not know back then and what lessons did you learn from losing?

It may be too late for your trading account after you’ve lost money but it’s never too late to learn an important lesson.  One of the best ways to glean the most benefit from your loss is to ask yourself: what information or lesson would have made a difference had you known it at the time of the trade (besides knowing the future outcome of the market)?  Resist the temptation to blame the loss on “bad luck” even if the market didn’t behave the way you expected.  Really dig deep and examine why the market behaved the way it did vs how you expected it to behave.

#6: Document your losses and revisit it periodically.  Is there any pattern to your losses?

I like to use Evernote for keeping everything organized in my life including my investing.  After you’ve reflected on your losses as per #5, summarize it in a diary, spreadsheet, or Evernote notebook that you can conveniently review periodically.  Do you notice any patterns?  For example, do you tend to sustain more losses in the beginning of the day if you’re not a morning person or later in the day when you’re more prone to decision fatigue?  Avoid trading or at least be more cautious during times when you’re likely to lose money, be it a certain mental state, a particular time of day, or a particular market condition.

Making excuses won’t change the fact that you’ve lost money.  Maybe the weather was bad the day you were trading.  Or you got into a car accident due to no fault of your own.  Or you came down with the flu and couldn’t trade effectively.  Yes, these are all valid reasons that may cause you to trade at a sub-optimal level but making excuses for any of these will not change the fact that you’ve lost money.  In fact, don’t even make excuses for things that are completely outside of your control either; it’ll only set a poor precedent in the future as you’ll train your mind to seek excuses rather than learn valuable lessons from your past losses.

#8: Don’t beat yourself up either

On the other extreme, it’s pointless to beat yourself up either as it’s not going to make any lesson you learn from your mistake any more poignant.  I don’t care if your loss was caused by a careless mistake or you repeated a mistake you made in the past; beating yourself up won’t bring back the money you’ve lost.  Focus on only one thing: how can you not repeat the same mistake or loss again in the future.

#9: Don’t take greater risk in your next trade for the purpose of making back the money

I like to think of this as the “revenge mentality” that’s rooted deep in our DNAs.  100,000 years ago, the neighbor living in the next cave may have stolen our food and we would have had a burning desire to take revenge on him/her.  Fast forward today: whenever the markets don’t behave the way we want and we lose money so we decide to take revenge on the markets by making that money back plus additional profits on top of that.  There’s a couple of things wrong with that mentality.

First, we end up having to take greater risks to make that money back.  If we lost 20%, we have to make 25% to break even.  If we lost 50%, we must make 100% to get back to break even.  Second, the decision to make back the money one lost in the markets is almost never a purely rational one.  The most rational thing to do at this point is to reflect on the lessons the loss would teach oneself (as in #5), not to take revenge on the market or to prove that you’re still a winner by winning back the money that was lost.  Emotional decisions like this rarely end well in trading so please resist the temptation with all of your willpower no matter how unreasonable it may sound.

#10: Realize losses happens to everyone, even the best traders and mentors!

Warren Buffet?  George Soros?  Ben Graham?  Ray Dalio?  All of the big names in investing have lost big money at one time or another.  These investors likely have suffered countless losses in their investing careers but instead of mulling or crying over their losses, they’ve managed to learn valuable lessons which have perfected their strategies over the years.

The best way to deal with large trading losses is to not take huge risks in first place since it’s a lot easier to prevent a loss than to scramble to find ways to make back the money you’ve lost.  But if you’ve already lost money then the only thing you should be focusing on is what lesson you can learn from the loss.  Making excuses for losses as well as beating yourself over them are counterproductive and don’t make you any less prone to such losses in the future.