↓
Home→Insight→You believe in Market Efficiency? Then I believe in Santa! 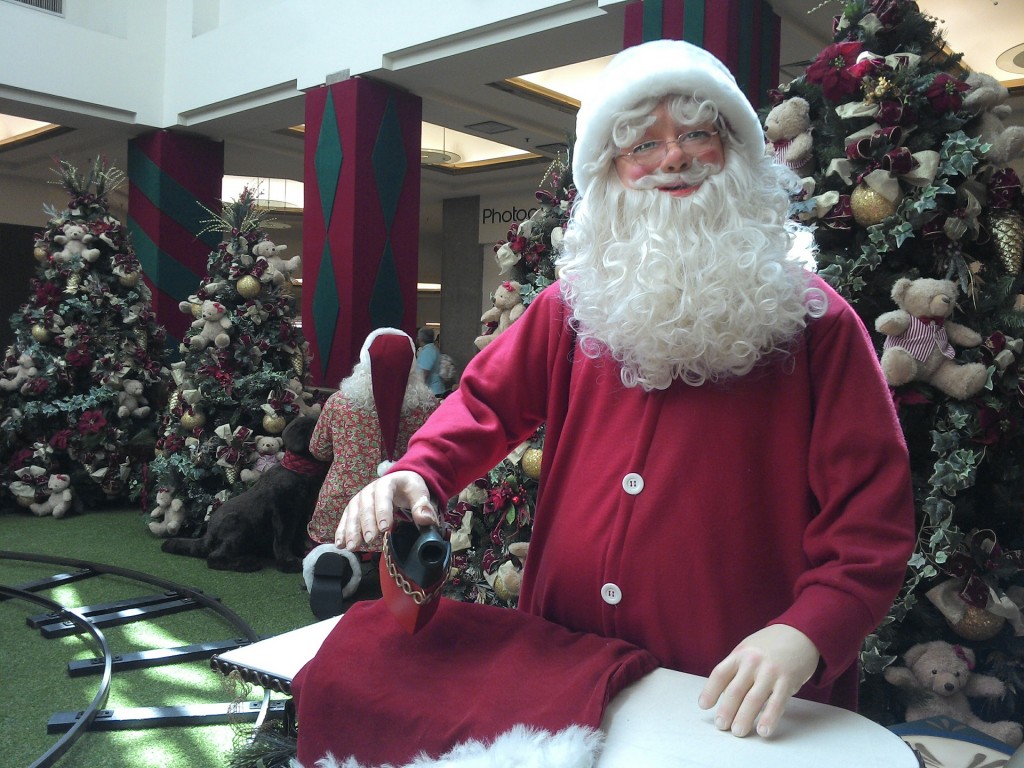 Ho ho ho!  Merry Christmas and Happy Holidays everyone!  I hope Santa … (*cough*) the markets are bringing you wealth and prosperity this holiday season, never mind the fact that many academics deem it preposterous due to Market Efficiency.

I’ll never forget my first lesson on the Efficient Market Hypothesis (EMH) when I was still learning the ropes with the stock market.  I fired up the front page of the Wall Street Journal and saw an earnings beat for Boeing (ticker: BA) on the first page.  So then I proceeded to “buy” $1 million worth of Boeing stock in my trading simulator.  I was a bit disappointed to say the least when, hours later, I not only failed to make any money from the trade but I even lost a portion of my $1 million virtual investment.  Further investigation revealed that the Boeing stock opened the day much higher than the previous close and the earnings announcement had been made outside of trading hours.  In other words, there was no way I could have bought the stock as soon as the news was released to make a killing from it.  I didn’t think making money from the stock market was as naively easy as following the financial news but I sought out the answers anyways.

Months later, one of my professors bluntly told our class that we could not beat the market, due to the EMH.  I couldn’t believe what I was hearing at the time since we had spent a ton of money learning about Finance and Investing in school and people worldwide paid financial advisors and fund managers trillions of dollars to manage their investments.  I made it a mission to seek out the answers which didn’t come to me until years later after I had worked and traded for a hedge fund for several years (more on this later.)

A Refresher on the EMH

The Efficient Market Hypothesis was devised by professor Eugene Fama, stating that stocks always trade at near their fair value and a chart of their prices resemble a random walk.  In other words, their prices already reflect the average expectations of all market participants and it’s impossible to make higher returns by timing the market.  The EMH has 3 different levels or forms:

The weak form of the EMH states that it’s not possible to earn excess risk-adjusted returns by using technical analysis, strategies based on historical price and volume data of securities.  Fundamental analysis, which includes the quantitative and qualitative analysis of a business’s financial statements, competitors, markets, overall economic environment, etc., may provide information that’ll result in excess risk-adjusted returns.  In other words, the weak form states that you can’t ride the gravy train to wealth by analyzing a stock’s past prices but you do have a chance by understanding everything publicly available about the business.

The semi-strong form of the EMH contains all tenants of the weak form but with the distinction that fundamental analysis is no longer a reliable means of producing excess returns.  All share prices already reflect all available information about past price movements AND business/economic conditions.  So at this level, neither technical analysis nor fundamental analysis can help you beat the markets.  With key information about every publicly traded company under the sun available to anyone who can afford a cheap internet connection these days, the semi-strong form is starting to sound more and more plausible by the day…

The strong form of the EMH states that no information including technical and fundamental analysis and even inside information is of any use for earning excess returns.  In most developed countries, insider trading is a serious crime, though some individuals and even organizations still choose to take the risks despite the consequences of long prison sentences and even being barred from the Financial industry.  In order for the strong form to hold, inside information about companies needs to be readily accessible to the biggest traders and other participants (if not everybody) in the financial markets.  We know this is not the case with the legal barriers and deterrents for obtaining and trading on inside information that exists in most developed and even emerging markets (although the strong form EMH might seem more plausible in certain frontier markets where insider trading laws are weak or aren’t enforced regularly.)

On a side note, I would never recommend pursuing insider trading but let’s assume for a moment that you’re in possession of inside information and there’s a 100% guarantee you will not be caught trading on it.  Even then, there’s still no guarantee that you can make money off of it without risk.  Plenty of companies have had earnings surprises and/or unexpected analyst upgrades only to see their share prices plummet afterwards.  Inside information about a company still will not tell you how other investors will react to the news once it’s been publicized, which is what drives stock prices.

But here’s the clincher about stock prices

What ultimately determines stock prices again?  It’s simply the price which two parties agree to trade a stock at!  If you look up your favorite stock and see a quote of $38.02, it means somewhere in the world, a buyer and a seller both agreed to exchange 1 or more shares of that stock for $38.02 each.  Why did the buyer buy it at $38.02?  Simple: the buyer believes the price will go up in the future!  On the other hand, the seller has a myriad of reasons for selling including but not limited to:

I know what you’re thinking about reason #1: the buyer believes it’ll go higher but the seller thinks it’ll go lower and you believe they can’t both be right!  Paradoxically, this diversity of opinions even among the most sophisticated traders and analysts keeps the prices stable (but that’s something we might explore in a future post.)  As for reasons 2-4: these will all cause a perfectly good stock to decline in price without ANY change in its future prospects!  And this would go against the principles of the EMH.

Further, in the case of #1, market participants don’t always come to the same conclusion based on the same publicly available information (that’s life.)  The average person (or investment firm) trading a particular stock feels reasonably knowledgeable about the current and future prospects of the company and their collective buying and selling actions, as a result, drive the day to day price movement in the stock.  Occasionally, a seller falling into categories 2-4 might temporarily depress the price of the stock but bargain hunters will quickly step in and bid back up the price.  A market that’s perceived to behave this way, for all practical purposes, is deemed to be efficient.

So, what’s your Edge?

Now what happens if you had advanced knowledge of a company’s quarterly earnings announcements a few days before they’re released and you could trade based on that?  While there are no guarantees that you’ll make money every time even with such inside information, you’ll have an unfair (and not to mention, illegal) advantage over the average masses trading in that stock and earn far more superior return than them over time.  This advantage is what most traders call your “Edge“.

Now, you don’t need to become an insider; there are plenty of legal ways of getting an Edge.  Brainstorm the following areas for ideas of industries/companies where you might have an edge:

When you have an answer to these questions, you’ll have a list of companies and industries where you’d have an Edge over the average masses (including those on Wall Street) who are buying and selling the stock based on past prices, analyst reports, and recent news.  This is no revolutionary approach: Peter Lynch devised this overall philosophy in his book One Up on Wall Street in the early 90s.

Btw, there is another way to get an Edge that’s frequently talked about, especially in the 21st century: exploiting the psychological biases and fears of other traders.  (I’ve briefly discussed this in the middle of another of my articles.)  Unfortunately, I don’t recommend it for beginners because that’s often easier said than done in practice except when pursued by algorithmic trading firms that have access to brilliant programmers and risk managers.  While exploiting the flawed psychology of the masses especially near market tops and bottoms can be lucrative, you could just as easily end up blowing up if you’re not careful (hence, it’s a high risk, high reward trade.)

Conclusion: Market Efficiency is merely a state of mind

If you don’t have an Edge, then markets will likely appear to be efficient to you or you’ll eventually learn that lesson the hard way.  I like to think of telling new traders and finance students that the markets are efficient akin to telling little kids the Santa Claus is real – although they are both lies, it keep them out of trouble for the time being.