How to Mitigate Risk from Black Swans 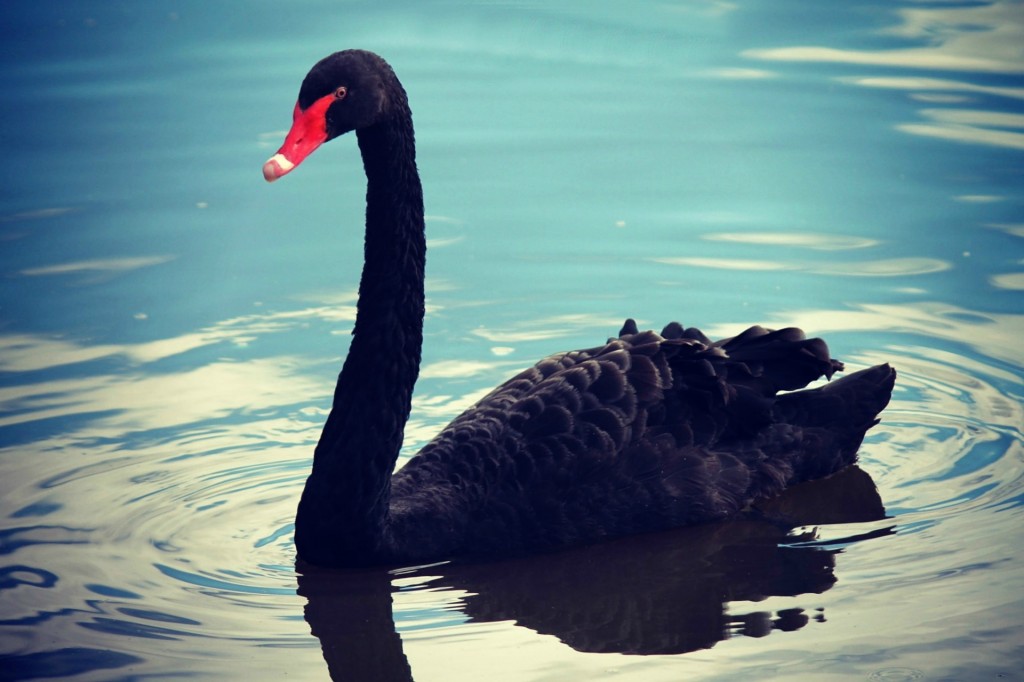 On October 19, 1987, the Dow Jones Industrial Average lost over 20% in a single day.  Prior to that fateful day, investors knew that the largest single-day decline in the Dow was -12.82% on October 28, 1929 and could not have fathomed an even greater decline in the future.  These rare events that take people by surprise and inflict colossal damage (and sometimes overwhelmingly positive implications) are coined by Nassim Taleb as “Black Swans”.

Nassim Taleb created the term “Black Swan” because Westerners never believed swans could be black until the black swan were discovered in Australia in the 19th century.  This often serves as a metaphor as to how most traders and other investment professionals commonly assess risk: by finding out the worst-case scenario in history and asking themselves if they could stomach a repeat of such a devastating scenario.  If on Friday October 16, 1987 you initiated a leveraged long position in the Dow knowing full well that you can stomach up to a -12.82% single-day loss, you were in for a catastrophic shock the next day.

If there’s one thing I want you to take away from this article, it is this: the worst performance ever recorded in the past for a particular market or investment may very well be beaten in the future and should NEVER be assumed to be the absolute worst case scenario that could happen to you!  So the Dow lost over 20% in a single day in 1987..  it could very well lose 30%, 40% or even 50% in a single day some time in the future!

“So how am I supposed to protect myself from black swans?”

By definition, you cannot predict what’s the next black swan that’ll hit your investments, your country, or even yourself personally.  In addition, protecting yourself against all possible black swan events under the sun is pretty much an intractable problem.  But there are ways to limit your exposure to potential black swan events without having to live your life in an inconvenient and absurdly conservative way.

First, you need to ask yourself what would cause a huge loss in your portfolio.  If you’re only invested in 1 or 2 stocks, then the collapse of any of those companies will be a black swan event that’ll decimate your portfolio.  If your portfolio is invested in a variety of different stocks in different industries and even countries then you’d be more robust in the case of a single company failing but you would not be protected against a collapse of the economy or even a major financial crisis (like 2008 or the Great Depression.)  You’ll need proper asset allocation to mitigate black swans of the 2nd type (more on this in the future.)  Finally, in the most absurd case, even if you are ridiculously diversified with stocks and bonds of every single country on the planet PLUS physical metals like gold held in multiple countries, your portfolio will end up worthless if a giant asteroid hit the earth (but you’d have bigger problems to worry about by then; more on this later.)

What Black Swans are NOT Worth Protecting Against?

#1. Extremely rare events that could end your life but cannot be prevented without a drastic change in your daily lifestyle.

Being killed while crossing the street or being shot dead while shopping are black swan events that could happen to you any day although the probabilities are probably slightly above 0.  If you structure your life around preventing these types of black swans by staying cooped up at home all day, you’d not have a very exciting life to look forward to.  The vast majority of the human population, while aware of these two black swans, will still choose to risk a negligible probability of death by going about their lives as normal people.

#2: Things outside of your control.

While you technically have control over your exposure to the black swans discussed in #1, there are some black swans that you have absolutely no control over your exposure to.  You may have a fatal genetic disease.  A supervolcano might erupt tomorrow and destroy 50% of the population including you.  An asteroid or comet might hit the earth wiping out the entire population.  These black swan events are completely outside of your control and no amount of worrying or preparation will decrease the chances of your demise a tad bit.

#3: Collapse of a major nation or economy.

If you live in a country where corruption runs rampant and/or the economy is rather fragile, then you may live in fear that you could lose your wealth any day due to seizure from the government or the collapse of your economy and/or the nation itself.  If this applies, then your work is cut out: do everything in your power to move your assets to a nation that’s more stable and less corrupt.

But what if one of the most stable countries in the world, say, the US, Switzerland, or Canada collapses?  Those “safe” bonds from the respective country where you parked a substantial portion of your wealth will be worthless.  I don’t mean a major financial crisis like 2008 but a complete collapse of a major country and/or financial system, perhaps due to nuclear war, disease, or some other absolute catastrophe.  If that were to come true, ask yourself the following: “would your life be any better if your wealth remained intact?”  Most likely, any wealth you have left will not be of any service in the post-apocalyptic world that ensues.